Agni and the transmutational flame of the yagya 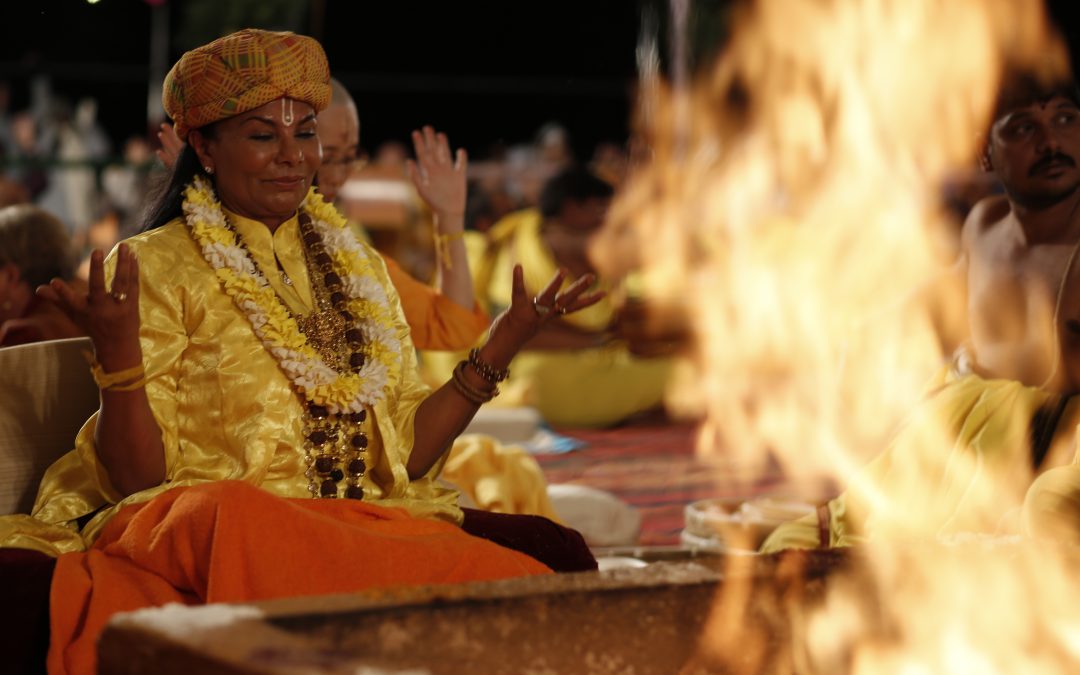 “In every single civilization fire has a great place, always been and always will be. Maybe in the form of a flame, a candle flame, flame of a matchstick, or your light body, thunder.”  –H.H. Sai Maa’s 2019 Birthday Address 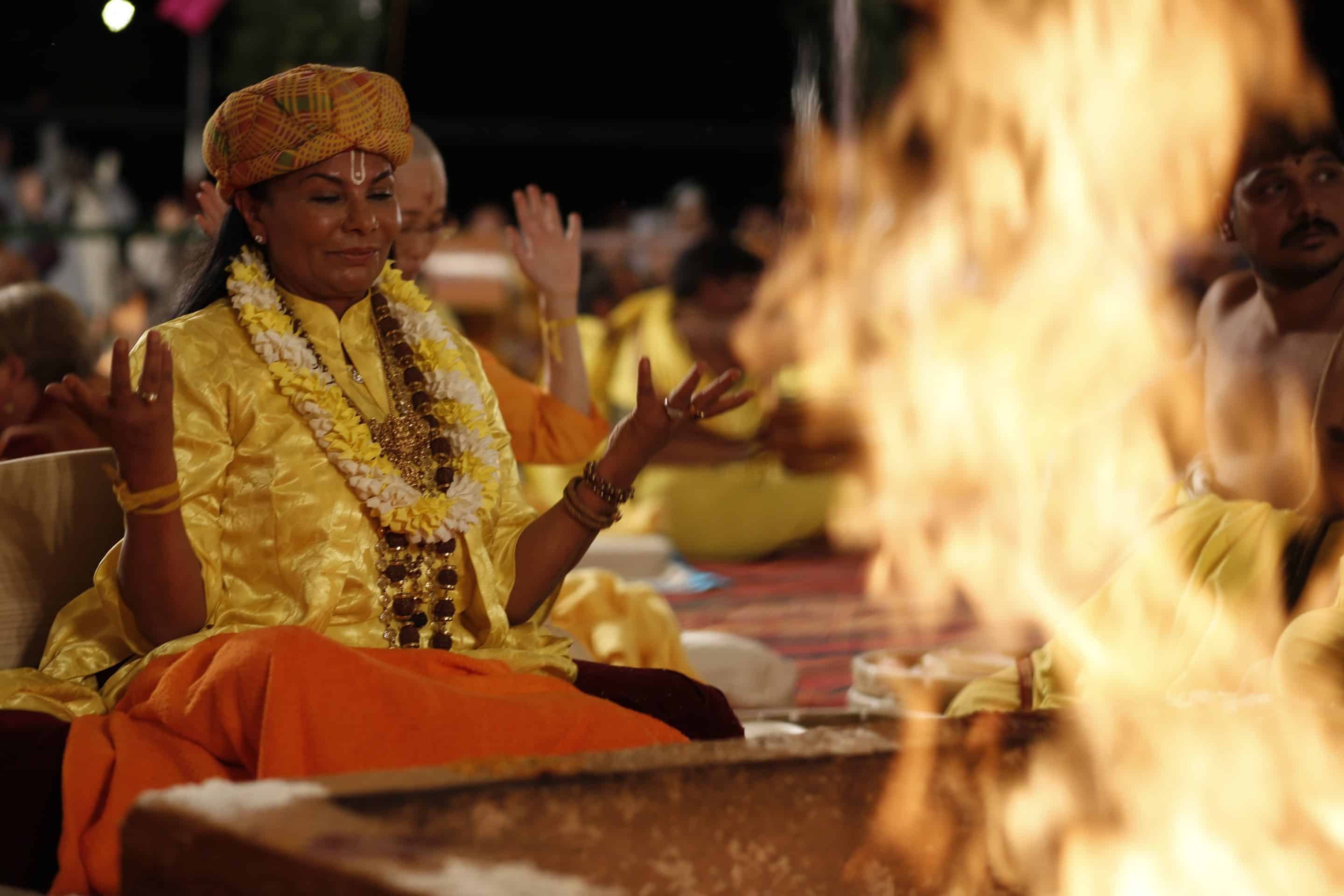 While many modern Hindus see Brahma, Vishnu, and Shiva as the trio that are the most powerful of the gods, in Vedic times (2000-500 BCE), Indra, Agni, and Soma, as well as other gods like Varuna and Vayu were the most powerful and worthy of worship. Like most major gods of the Vedas, their conceptual origin can be traced back to older gods and representations from Indo-European times, approximately 5000-2000 BCE, though their role then was never written down.

Many of these gods were personifications of the energies of the elements, as well as the Rishis’ (sages) experiences of consciousness through these elements. As humans, we often contextualize the Divine through what we know, in order to understand it. Though they are far more dynamic than this, one role that these Vedic gods serve is in humanity’s relationship to its world—both the manifest reality, as well as the higher energies.

Agni emerged in the Vedas as almost an equal to Indra, the king of the gods, and is important enough that he is invoked in the first verse of the oldest Vedic text, the Rig Veda, written between 1700-1100 BCE. They are very frequently spoken of together, which highlights their status, as well as their collaboration. As the text goes on, Agni’s role with Indra serves as the divine impulse of manifestation, the means by which that pure consciousness (Indra) becomes manifest as form and matter.

Agni Shines forth with a high light; by his power he makes all things manifest (Rig Veda 5.2.2)

Fire is essential to humanity, so it’s no surprise that fire (and the other elements) would become personifications of the powerful energy of higher creative consciousness. Fire can change the very nature of matter, and so humanity began to use it in rituals and sacrifices, giving it the respect and honor a thing so powerful, and simultaneously dangerous, deserved. Yagyas and the associated rituals have developed from this very ancient paradigm around fire, many of which were written out in the Vedas and are still followed carefully to this day. The Yagya flame is seen as Agni’s reflection in the manifest world and the gateway between the Divine and humanity. Nicknamed the “mouth of the gods,” the Vedas offer that Agni is the only way for humanity to give offerings to, communicate with, and request help from the gods. Agni was this primordial portal of transmutation, of transformation of matter.

“So again during the vedic era, Indra and Agni were of great, great importance in everyday life. Agni as a spirit, as an energy, as a god was placed in the yagya kunda (sacred fire pit), the god’s muk — god’s mouth if you prefer. And when you offer ghee, that purified butter…and say your svaha…it’s only then that it reaches the spirit, or the god, or the energy that you are calling forth. Thus, boons are granted.” -H.H. Sai Maa

For thousands of years, the practice of activating and bringing these fundamental energies into the manifest world has continued, unchanged. Through yagyas, we continue to communicate with the gods, with the primordial, formless, unmanifest energy of pure consciousness, of all-that-is.

“Yes there was a time where yagya has no form, and you will see the form in the flames.” – H.H. Sai Maa

Yagyas allow us access to Agni and to all of these energies by powerfully shifting our alignment to Source, bringing a deep awareness of our eternal connection to it. They allow for a kind of transmutation that only burning allows—the return of form into the formless. The return of the individuation of the consciousness that you are into the timeless, endless, Absolute. 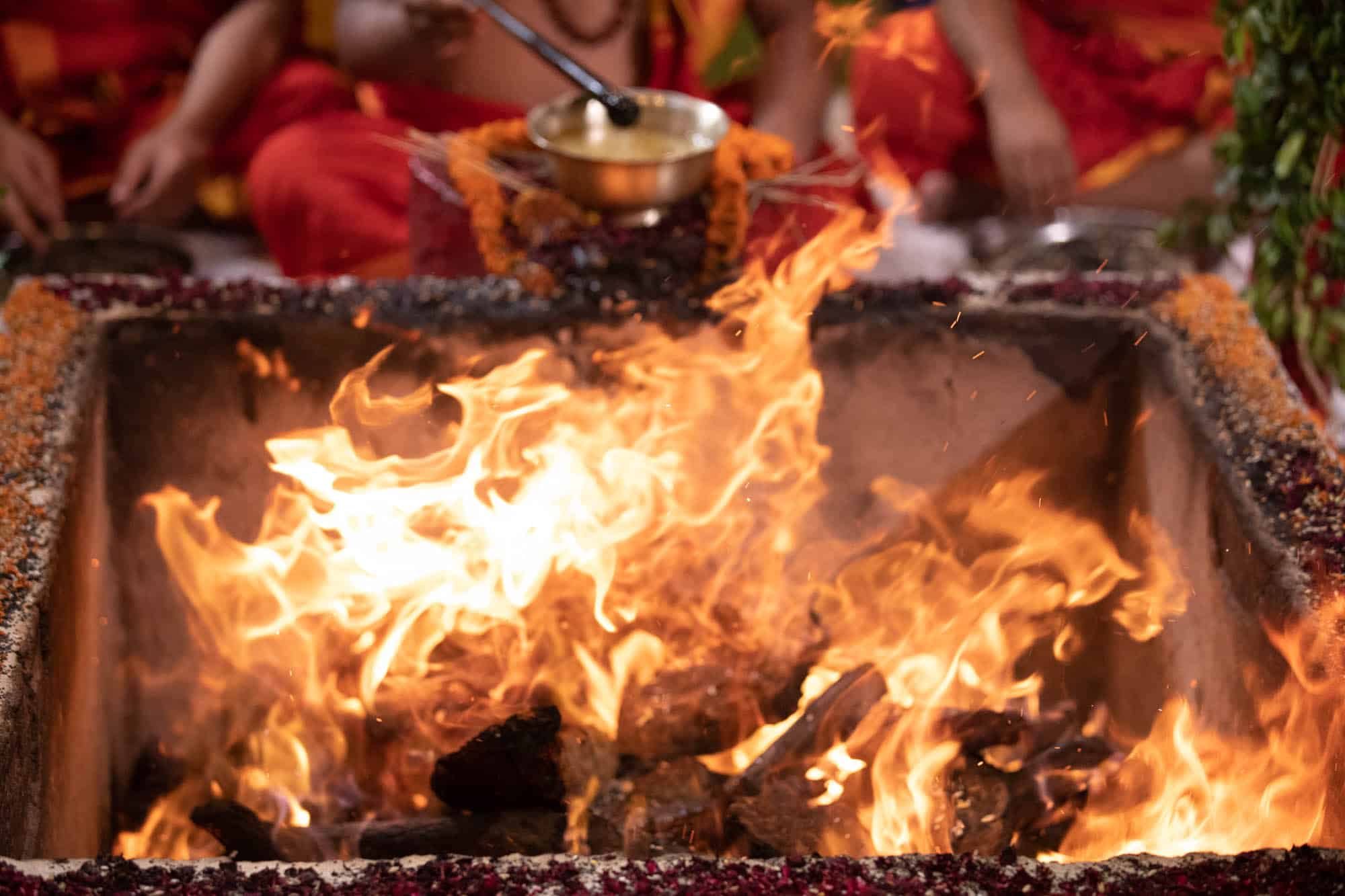 Sai Maa and our Shaktidhaam Ashram pundits (priests) in Varanasi, India continue this work, and with yagyas happening frequently, we have a unique kind of access to these ancient Vedic traditions. Still curious? You can learn more about yagyas and Sai Maa’s work with them:

Learn more about yagyas and register for one here

The Next Level of Online Experiences is Here

The Next Level of Online Experiences is Here!Intimate. Interactive. Impeccable.These are just a few of the words used to describe the recent online experience of “Evolution of the New Human.” Over the last few months we have been learning a LOT about how to offer...