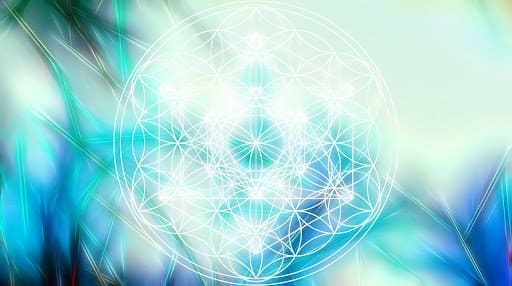 Is Sai Maa a Spiritual Guru?

At a very young age, Her Holiness Sai Maa realized that she had a unique gift and ability to see subtle energy beyond what the average person could see.

As an adult, Sai Maa used this gift, as well as Maa’s training in naturopathic, homeopathic, and osteopathic medicine, to create a successful and thriving practice, helping to bring optimum health and vitality to her clients.

It was during this time that Maa met and became a disciple of the revered spiritual guru, Sathya Sai Baba. Becoming not only a devoted student, but a supporter of his humanitarian work as well.

While Sai Maa had a successful career and family life, Maa realized she had a higher calling and a greater life’s purpose. Maa chose to step beyond these roles and dedicate her life to uplifting humanity by serving its conscious evolution.

In 2007, Sai Maa was honored with the prestigious title of Jagadguru, the highest title in the Vedic tradition of India, by the Vaishnav Sadhu Society, becoming the first female to be awarded this prestigious title in India’s 2,700 years of the Vishnuswami lineage.

The term “guru” is a Sanskrit term meaning dispeller of darkness.

A spiritual guru helps to remove the darkness, known as samskaras in Sanskrit, that not only lead to physical, mental, and emotional challenges, but also obscure one’s knowledge of who they truly are.

Through the guru, the disciple, or student, is able to become aware of these samskaras, and with the help of the guru, transmute them so they no longer negatively impact a person’s life.

The term “Jagadguru” comes from the Sanskrit word “jagad,” meaning universe, and the term “guru.” Thus a Jagadguru is recognized for the ability and power to influence and transform the entire planet.

As a Jagadguru, Sai Maa’s mission is to bring enlightenment and spiritual awareness to the
entire world, helping to elevate the consciousness of the entire planet, while bringing about spiritual awakening and awareness to all of humanity.

How is Sai Maa a modern guru and enlightenment coach? 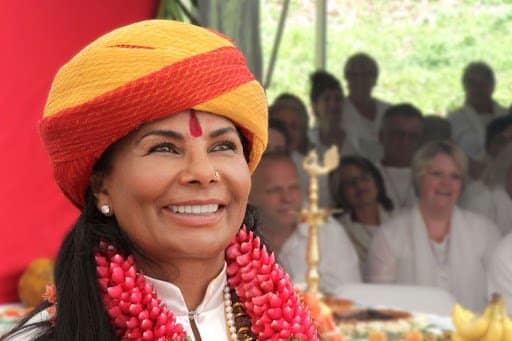 Traditionally, gurus cultivate disciples who are life-long students and followers of the guru. Sai Maa has expressed that she is not interested in devotees. Maa’s mission is for you to realize you’re a master and to act and live powerfully as a master in the world, serving humanity and the light. Maa’s focus is practical spirituality where you apply what you learn to your daily life. In this way, you’re a better human and realize and manifest your purpose.

Maa has lived a full life and has experience in many roles, positions, and places, so she is speaking to you from direct experience. Maa teaches you with knowledge as a mother, wife, daughter, and sister; as a businessperson, entrepreneur, politician, teacher, therapist, spiritual master, and healing practitioner; as an Easterner and Westerner, raised in Mauritius of Indian heritage and naturalized as a French citizen; and as a woman in a man’s world, an island girl, and an urban sophisticate.

Through these experiences, Maa speaks of topics relevant in today’s world and speaks to all people, no matter what religion, tradition, background, age, race, community. Finally, Maa reveals ways you can serve and contribute to the greatest good of society, to the New Era that is arriving on this planet.

In this video, we see Sai Maa first at the Kumbh Mela, a sacred festival in India that takes place at four riverbank pilgrimage sites over the course of a 12 year cycle. Then we see Sai Maa preside over the first Sai Maa 108 Maha Yagya (sacred fire ceremony) at the base of Mt. Fuji in Japan. The largest ceremony of its kind to ever take place in Japan.

Why do I need Sai Maa?

As a master of energy and healing, Sai Maa sees your light and what impurities and distortions cover the radiance and expression of that light. Maa knows you are energy that can be in greater coherence with the new frequencies coming to the planet and in alignment with your true Self, which is divine love. Maa cleans, transmutes, and transforms your lower energies, and Maa educates you on how to do the same for yourself.

Maa is accessible, down-to-earth, passionate, charismatic, full of life, and direct as a laser. Maa gets to that point within you that will transform you the quickest, if you remain open and accept what Maa is pointing out to you with love. Maa’s not here to placate you so you like her; Maa doesn’t care if you love, or even like her. Maa loves us, is devoted to us, and is only interested in serving us so we transform. Maa is a spiritual teacher, transformational coach, an enlightenment coach—whatever name you can give Maa that represents her as a guide who knows who you truly are. Maa takes you, with love and compassion, to a place where you see it yourself. A place where you think and act based upon this new awareness.

You can learn more about the six practices that will help enhance your relationship with the guru and strengthen your connection to the Divine in this blog.

How Does a Spiritual Guru Guide and Empower Your Life?

If you would like to strengthen your understanding on how a Guru can empower and help guide your life, we invite you to watch this webinar by Awakened Life instructor Doug Fisher. In this webinar Doug discusses his experience as a student and disciple of Sai Maa, and how working with Maa has empowered and improved his life.